Have you heard the joke about the guy who thought he made a mistake?
Well, turns out he was wrong.


We laugh at that joke, but the truth of it is sobering. We’ve all made mistakes, whether we acknowledge that fact or not. Maybe you put your trust in the wrong person.  Or perhaps you made a choice that you were certain would fix all your problems only to have the situation end in disaster.


What then? Do you wonder where God was and how He allowed that to happen? To those of us who believe He controls everything, such a mistake can cause us to ask hard questions of Him.


When May Conrad moved in with her kindly neighbor after fire destroyed her home, she certainly didn’t expect to be throw into the center of a Pinkerton investigation and be considered a prime suspect in a string of mail fraud crimes involving mail order brides. After all, she felt God was taking care of her. But was He? May certainly doesn’t think so when an infuriating Pinkerton detective insists her next choice is between helping him capture that kindly neighbor or be tossed into jail.


Can you think of a time when you were forced into a situation where none of the options were good? Maybe you had an idea of what your life was going to be like, and then God came in and did something totally different.  Something unexpected. Something uncomfortable. I know I’ve been there. And while you’re in the middle of that something unexpected and uncomfortable, you might be wondering where God is and why He’s allowing this to happen. You may even wonder if God has turned away and forgotten about you.


Good news! He hasn’t forgotten. In fact, He is absolutely and certainly using this unexpected and uncomfortable thing. What’s He using it for? Sometimes looking back that answer is obvious. Other times there may never be an answer this side of heaven as to why He has allowed something into your life.


Through it all, there is one thing that never changes and is always true: God never makes mistakes. He’s never wrong. And he never leaves you when you do. If you get nothing else from The Mail Order Mistake, please do not miss that. 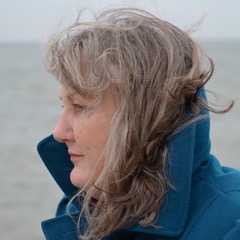 ninety novels, novellas, and nonfiction books to her credit, and over two million copies of these books in print in the US and abroad. A tenth-generation Texan and certified paralegal, she is the winner of the Inspirational Romance of the Year by Romantic Times magazine and a number of Reader’s Choice awards as well as a nominee for an RT Career Achievement Award. She is a member of American Christian Fiction Writers and Novelists Inc. Kathleen loves interacting with her fans and with book clubs. To connect with her through social media or send her an email, check out the links on her website at www.kathleenybarbo.com.  And don’t miss signing up for her newsletter so you’ll be the first to know about new books. She’s got five coming out in 2017!

Thanks for the reminder, Kathleen, that God doesn't make mistakes. :)

with love and prayers,
Megan Besing