My story, A Fairy-Tale Bride, is set just after the Civil War in the make-believe town of Cuento, Texas. Nora, the main character, is a Southern war widow who has lost her husband, her home, and her land. She is impoverished and has no means to support herself. The only respectable option she has is to become a mail-order bride.


As I researched the story I wanted to write for this collection, I found it was very common for war widows, especially those from the South, to enter into such marriages of convenience. Most of them had lost everything during the conflict. Some of the surviving Confederate soldiers left the Southeast to begin new lives in the cotton fields of Texas. This air of familiarity helped with their transition back into civilian life.


The Texas cotton industry boomed around this time. With their former homes and crops razed and slaves gone, many men turned to Texas as a place to start fresh. The land was fertile, crops were good, and they were able to tap into the now-freed slaves as a work force familiar with growing cotton. Texas quickly became one of the leading producers of cotton in the nation. With the new plantation owners thriving, it was natural for the Southern war widows to go to Texas to enter into new marriages and to start new families.


While I considered not having the sharecroppers appear in the story because of the oftentimes unsavory aspects of the institution, in the end, I decided to show them because sharecropping was a way of life in the South after the war. The hero and his friend would not have been able to sustain their large plantations without this means of getting workers. Neither of the characters is unkind to the sharecroppers, and I don’t dwell on it because the characters wouldn’t have. It was part of daily life.


As I researched this book, I learned so much about what life was like for some Southerners following the Civil War. When you read it, I hope you learn a little something too. 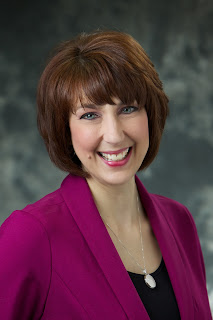 Passionate might best describe Liz Tolsma. She loves writing, research, and editing. Her passion shone through in her first novel which was a double award finalist. On any given day, you might find her pulling weeds in her perennial garden, walking her hyperactive dog, or curled up with a good book. Nothing means more to her than her family. She’s married her high-school sweetheart twenty-eight years ago. Get her talking about international adoption, and you might never get her to stop. She and her husband adopted three children, including a son who is a U.S. Marine, and two daughters.

What do you like best about Historical books?
with love and prayers,
Megan Besing
Posted by Megan Besing at 2:00 AM